What Is The Difference Between A Router And A Modem?

They are perhaps two of the most used networking devices, yet most individuals cannot distinguish between a modem and a router. Both of the devices are similar in appearance although they each have their own specific purpose and have become a necessity in most households. 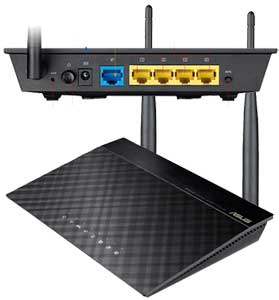 A router is a small device usually in the shape of a box that allows multiple computers and devices such as smartphones and tablets to access the same network. Routers initially offered several Ethernet ports for various devices but the more recent ones offer wireless access. These wireless routers often have adjustable antennas on their exterior although some have their antennas located internally. Wireless routers broadcast their signal within a certain distance and are extremely convenient as the devices can connect to the network without having to worry about the hassle of cords or placing devices within a certain distance from the router. With a wireless router, the connected devices can be placed almost anywhere within the routers broadcast range and will remain connected to the internet.

Although all of the devices connected to the router are attached to the LAN (local area network), they still need a modem to access the internet. Therefore, most routers have an Ethernet port that connects them to a modem. The router forwards requests for access to the internet while other requests (such as that from a computer to a printer), are prevented from leaving the network. The router keeps track of what device requested the information so that the data is returned to that device only.

A modem (cable or DSL) is a device that looks similar to a router and provides connection to the internet through an ISP (Internet service provider) such as those services offered by cable, satellite, or phone service. Modems typically have a coax connection (see image below) such as the ones found on the back of TV’s and/or a phone jack (referred to as an RJ-11 jack, see image below). Connecting the router to the modem allows all devices to gain access to the modem and therefore the internet. All devices connected will have one external IP address although the router will issue a separate IP address to each device. To simplify the process, many Internet service providers offer a “combination” unit which is a router and a modem all in one. 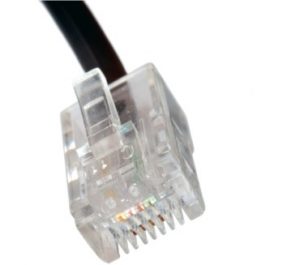 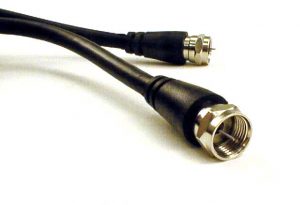