All You Need to Know About 3D Printers

What Exactly is 3D Printing?

As the name suggests, this is a process in which a three- dimensional object is made, using a digital prototype saved in a computer. It is also called additive manufacturing, since it entails adding layers of materials systematically onto an existing layer or base of the object being printed.

Even though the “Printing” term evokes a picture of items which are being printed in a miniature-scale basis, it might be a surprise to learn about the rich variety of things that have been made using a 3D printer. These include wearable shoes, cars, tools, full color face- models and even an ongoing project of printing a 3D, life size house. For this reason, 3D printers come in all shapes and sizes. In addition, there are affordable 3D printers in the market, for household and commercial use. 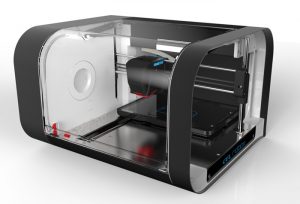 Procedure of 3D printing
The procedure begins with the design of the digital prototype of the object to be printed, before rendering it into a format recognizable by the software of the printers. This step is simple and can be learnt easily. Sometimes, a 3D scanner is all that is needed to achieve this objective. After this, the file is uploaded to the printer, which prints it layer by layer.

Different 3D printers use different technologies. Most of them are additive, while others melt and soften pliable, plastic materials and make them into layers. These technologies are selective laser sintering (SLS), stereolithography (SLA) and Fused Deposition Modeling (FDM).

The applicability of 3D printing is surprisingly diverse, despite the fact that the technology is relatively new. Here are some areas in the process is extremely useful.

Design Visualization
The era of making a clay casts of objects to be designed is over. Three- dimensional printouts of concept products are the way forward, since it is a much faster and cheaper method. Architects are also finding innovative uses of this technology and taking advantage of it.

Metal Casting
3D printers have a potential of being used heavily in the automotive industries, since they provide a means of casting and manipulating metals easily and accurately. Audi and Koenigsegg, the prestigious carmakers, are already using 3D printing in parts of their production chains.

Healthcare
Three dimensional printers are being applied in the healthcare industry for a variety of purposes. For starters, the design of custom plastic structural supports for injured patients has been implemented, both in humans and in pets.

Education
The printers are rapidly becoming invaluable tools for purposes of instructions and teaching. Diagrams which would formerly only be drawn are now being printed out as 3D objects. For example, instead of a teacher drawing the planets of the solar system on the chalkboard, they can print them out on demand.

Art
Different artists are finding clever ways of making artistic objects using the printers, from documentation of motions by objects to expression of 3D, abstract art.

Space Exploration3D printing is the long- awaited means of pushing forward the frontier of space travel. There is no need to be worried about spare parts in the ISS these days, since they can be printed out instead of waiting for them from the terrestrial base stations. 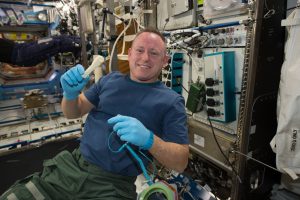 International Space Station Expedition 42 Commander Barry “Butch” Wilmore shows off a ratchet wrench made with a 3-D printer on the station. The wrench and other parts will return to Earth for testing at NASA’s Marshall Space Flight Center in Huntsville, Alabama.
Image Credit: NASA

The ratchet wrench was designed by Noah Paul-Gin, an engineer at Made In Space Inc., a northern California company that NASA contracted to design, build and operate the printer. Paul-Gin created a 3-D model of the ratchet and made several wrenches, such as the one shown here on an identical printer.
Image Credit: Made In Space

Capabilities of the Process

Since a printer may make anything of any shape within its scope of operation, the capabilities of the printing process is probably limited by imagination.